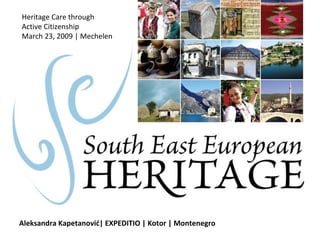 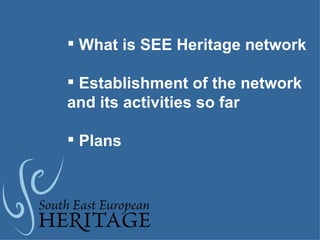 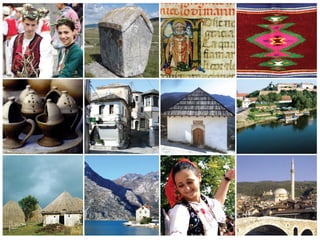 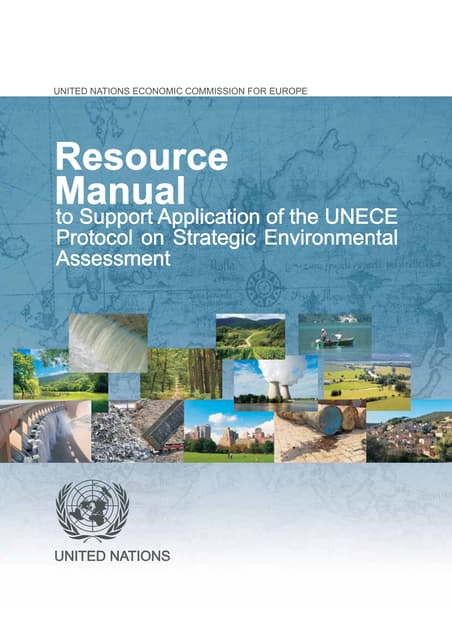 SEE (South East European) Heritage Network is a network of non-governmental organizations from the South East Europe. The Network was established in 2006 and now it has 13 members. Vision of SEE Heritage Network is South East Europe – region where people cooperate, understand and respect each other on the basis of their cultural differences. SEE Heritage is a network of non-governmental organizations that believe in cultural, ethnic and religious diversity as a valuable resource. The work of SEE Heritage network is aimed at protecting and promoting our common heritage which is leading to sustainable and responsible development.

The initiative to establish the Network was started by the Swedish organization Cultural Heritage without Borders - CHwB, being an NGO itself and working regionally in the Western Balkans. After the first initial meeting in Sarajevo (Bosnia and Herzegovina) the Network held four more meetings in: Gjirokastra (Albania), Ohrid (Macedonia), Kotor (Montenegro) and Berat (Albania). Together with meetings the SEE Heritage Network organized a public debate “Cultural Heritage and its Misuse in Political, Ideological and other Causes”, a workshop and public presentation “Devastation of Cultural Heritage”, and a conference “Cultural Heritage Tourism and Sustainable Development”. The Network published a booklet “Cultural Heritage and its Misuse in Political and Ideological Causes” and launched the public appeal urging local and national governments of the SEE Heritage region to stop the indifference towards the devastation of SEE heritage. The website www.seeheritage.org is one of the most important concrete results of the SEE Heritage Network work, aiming to become an important portal for cultural heritage of the SEE region.