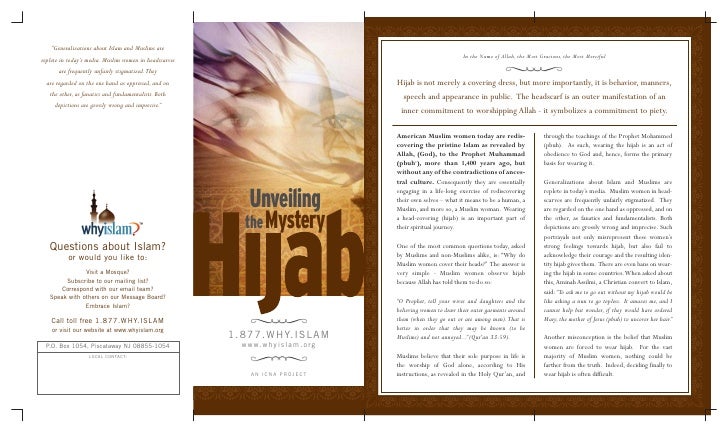 American Muslim women today are rediscovering the pristine Islam as revealed by Allah, (God), to the Prophet Muhammad (pbuh1), more than 1,400 years ago, but without any of the contradictions of ancestral culture. Consequently they are essentially engaging in a life-long exercise of rediscovering their own selves – what it means to be a human, a Muslim, and more so, a Muslim woman. Wearing a head-covering (hijab) is an important part of their spiritual journey.

One of the most common questions today, asked by Muslims and non-Muslims alike, is: "Why do Muslim women cover their heads?” The answer is very simple - Muslim women observe hijab because Allah has told them to do so:

"O Prophet, tell your wives and daughters and the believing women to draw their outer garments around them (when they go out or are among men). That is better in order that they may be known (to be Muslims) and not annoyed..." (Qur'an 33:59).

Muslims believe that their sole purpose in life is the worship of God alone, according to His instructions, as revealed in the Holy Qur’an, and through the teachings of the Prophet Mohammed (pbuh). As such, wearing the hijab is an act of obedience to God and, hence, forms the primary basis for wearing it.

Generalizations about Islam and Muslims are replete in today’s media. Muslim women in headscarves are frequently unfairly stigmatized. They are regarded on the one hand as oppressed, and on the other, as fanatics and fundamentalists. Both depictions are grossly wrong and imprecise. Such portrayals not only misrepresent these women’s strong feelings towards hijab, but also fail to acknowledge their courage and the resulting identity hijab gives them. There are even bans on wearing the hijab in some countries. When asked about this, Aminah Assilmi, a Christian convert to Islam, said: “To ask me to go out without my hijab would be like asking a nun to go topless. It amazes me, and I cannot help but wonder, if they would have ordered Mary, the mother of Jesus (pbuh) to uncover her hair.”

Another misconception is the belief that Muslim women are forced to wear hijab. For the vast majority of Muslim women, nothing could be farther from the truth. Indeed, deciding finally to wear hijab is often difficult. Days of meditation, fear of negative consequences and reactions from family and/or the wider American society, and ultimately, the need for plenty of courage weigh heavily in reaching the decision. Wearing hijab is a very personal and independent decision, coming from appreciating the wisdom underlying Allah’s command and a sincere wish to please Him.

“For me, the lead up to the decision to wear hijab was more difficult than actually wearing it. I found that, al hamdulillah (praise be to God), although I did receive negative comments from people, I appreciated the feeling of modesty wearing the hijab gave me, and ironically, the negative attention made me feel more proud to be identified as a Muslim,” remarked Katherine Bullock, a Canadian convert to Islam.

“To me hijab is a gift from Allah. It gives me the opportunity to become closer to Allah. Also quite importantly, (it provides me) the chance to stand and be recognized as a Muslim," Fariha Khan of Rockville, Maryland, said.

While the hijab identifies women as followers of Islam, with it comes tremendous responsibility. Hijab is not merely a covering dress, but more importantly, it is behavior, manners, speech and appearance in public. The headscarf is an outer manifestation of an inner commitment to worshipping Allah – it symbolizes a commitment to piety. Self or inner morality is what gives meaning to the external scarf. This can be perceived from the overall demeanor of any Muslim woman – how she acts, dresses, speaks, and so on. In a land where misinformation about Islam and Muslims abounds, Muslim sisters have the opportunity to portray Islam in its true light 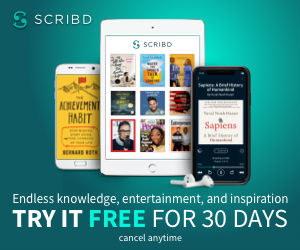